There is an important substance called Capsaicin (Capsaisin) that helps reduce fat accumulation. increase metabolism and accelerate the burning of existing excess fat thus helping to effectively reduce weight As well as helping to reduce cholesterol, reduce the creation of LDL (bad fat) and increase the creation of HDL (good fat) for the body. It is also rich in vitamins and minerals such as vitamin A, B6 C, magnesium. Potassium, iron, fiber, and also increase blood circulation as well. Rich in anti-oxidants because coffee beans contain polyphenols (Polyphenol), a type called chlorogenic acid (Chlorogenic Acid) is an antioxidant that has a lot to play with. Helps to strengthen the body's metabolism. Effective in reducing the level of fat mass in the body. lowered BMI levels including inhibiting the absorption of fat and the functioning of enzymes that digest fats (Pancreatic Lipase) to reduce triglyceride levels in the blood can help to control weight It also treats the skin and slow down aging as well It is a plant that is very high in fiber. Therefore, it plays an important role in helping to control appetite. and has a special property to capture fat molecules from the top of the stomach The body can not be absorbed into the wall of the small intestine. and is eliminated from the body by excretion It also helps maintain normal blood sugar levels. It has a mechanism that slows down the absorption of food into the bloodstream. Thereby preventing hyperglycemia, reducing fat and cholesterol. reduce sugar levels It is also rich in vitamin A and vitamin C. There is a component of piperine (piperine), which is featured in its pungent and unique spicy taste. with properties that help stimulate digestion and stimulates the stomach, which releases hydrochloric acid Help digest protein in food. increase the efficiency of digestion thus helping to promote a better metabolic process Helps to control genes. which acts to control the formation of new fat cells to decrease along with destroying old fat cells that accumulate within the body It is also an antioxidant in the body. Helps to inhibit bacteria, helps reduce degeneration and destruction of cells in the body as well. It is a legume that is rich in nutrients such as protein, fiber, as well as vitamins and minerals. Contributes to inhibiting the digestion of carbohydrates appetite control Therefore, it can reduce the conversion of starch to sugar by up to 60% when the body receives less sugar. In addition to the body not having new sugars to store in the form of fat. If the body lacks sugar The body will pull out the accumulated fat. Thus causing the body weight to decrease. There is an important substance that brings benefits, namely "Catechins" (Catechins) with a mechanism of stimulating the oxidation of fats. by inhibiting the enzyme lipase and reducing the breakdown of fat It has metabolic efficiency, allowing the body to adjust to burn more energy. contribute to weight Decreased waist circumference and fat mass help relax And reduce stress from the properties of the substance Anin (Theanine) helps reduce triglycerides. reduce cholesterol It is also a highly potent antioxidant that effectively prevents cell damage caused by free radicals. It also helps prevent the deterioration of skin cells. Makes the skin look bright, youthful, anti-aging.

It is a substance derived from the raw fruit of the citrus plant (Bitter Orange). It contains an important substance, Synephrine, which has properties that help accelerate the body's energy metabolism and break down fat. It can increase energy and metabolic rate without increasing heart rate or blood pressure. Can control and help reduce appetite as well. It is also rich in several vitamins and minerals. It is a polysaccharide carbohydrate group. (polysaccharide) soluble cannot be digested in the gastrointestinal tract It is a fiber (dietary fiber) found in tubers or roots of some plants. Most are found in tubers or roots that store food such as leek, onions, cabbage, tulips, asparagus and chicory. It is found in the heart of the sunflower and chicory. Inulin is a dietary fiber (dietary fiber) that does not provide calories. Has the effect of reducing the absorption of sugar into the blood and reducing cholesterol levels (cholesterol), increasing the amount of HDL and reducing the amount of LDL is therefore used in diets for diabetics and as a weight loss diet. Is a biennial plant found in deep forest with glucomannan (Glucomannan) inside is a natural fiber with a very high molecular weight. in which the glutomannan molecule Contains two sugars, glucose and mannose, which have the effect of absorbing water in the stomach. helps to get full quickly low power Helps to inhibit the absorption of glucose from the gastrointestinal tract. able to absorb fat and bile acids then excreted outside the body thus reducing cholesterol and triglyceride levels in blood vessels passenger glucomannan (Glucomannan) is approximately 90%. Is a natural substance that exists in crustaceans and joint legs such as shrimp shells, crayfish and crab shells, which when extracted to separate out calcium, protein and unwanted minerals It will get an important substance called "Chitosan" which is a natural substance that has fat trapping properties. By binding to the fat group, it reduces absorption in the intestinal area. The ability to absorb water well makes you feel full. And binds to bile, which is considered a fat transporter, making it easy to expel fat from the body. It also helps to reduce the amount of LDL cholesterol and triglycerides in the blood as well. and reduce fat in blood vessels as well It is an oligosaccharide carbohydrate. It consists of a single sugar molecule.(Monosaccharide) is a xylose sugar (xylose) type is a single sugar molecule. A monosaccharide with five carbon atoms is joined by a glycoside linkage to produce Xylo-oligosaccharides. Extracted from plants such as fruits, rice husks and grains, bamboo, corn, XOS is classified as a prebiotic substance that stimulates the functioning and promotes the growth of probiotic microorganisms, helping to balance the digestive tract. prevent colon cancer Helps absorb toxins in the digestive tract from being absorbed into the body and make the feces contain fiber Prevents gastrointestinal infections It also inhibits the growth of other pathogenic bacteria. It is classified as a prebiotic because it stimulates the growth of bacteria in the gut. useful causing the production of lactic acid This makes the colon more acidic. Thereby reducing the pathogenic microorganisms, including Clostridium (eg C. perfringens, C. difficile), Bacteroides, Coliforms (eg E. coli), and boosting the immune system. Stimulates the growth of intestinal mucosa. FOS also has the property of being a soluble dietary fiber, thus having the ability to help digestion. Helps to adjust the motility of the gastrointestinal tract, stimulating the motility of the intestines. Helps eliminate waste and toxins in the body, thereby improving intestinal absorption. It also strengthens the body's immune system as well. 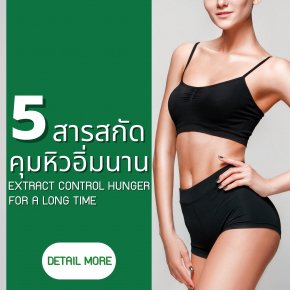